In 1607/8 the Separatists fled England initially to Leiden in Holland. In 1620 they commissioned the Mayflower and Speedwell ships to convey them from Southampton to the New World. On 23rd August 1620, they put into Dartmouth due to the Speedwell taking on water. Mayflower and the Speedwell continued their journey on or about 31st August. When they had sailed approximately 300 miles west, south west of Lands End the Speedwell was again leaking badly and they decided to turn back, calling into Plymouth. Speedwell was abandoned and Mayflower left alone on 16th September 1620. She took 66 days to cross the Atlantic Ocean arriving at Cape Cod on 21st November. There were 102 passengers, and the crew is estimated to have been about 30, but the exact number is unknown.

This voyage has become an iconic story in some of the earliest annals of American history, with its story of death and of survival in the harsh New England winter environment. The culmination of the voyage in the signing of the Mayflower Compact was an event which established a rudimentary form of democracy, with each member contributing to the welfare of the community.

Dartmouth is one of the twelve towns taking part in the National Mayflower Partnership, and throughout the twelve months from Thanksgiving November 2019 to commemorate the 400th anniversary of the sailing of the Mayflower to the New World.

Sadly, due to the COVID-19 restrictions, many of these events and projects have been cancelled. Click here for proceeding events.

To commemorate this important part of Dartmouth’s history, a 10-foot replica scale model of the Mayflower has been lovingly built by hand using traditional methods and materials by Ian Kirkwood with help from local experts and volunteers.

The interior of the model will be exposed from stem to stern on one side to display the construction and interior, including Pilgrim and crew accommodation and other items of the ship’s contents.

A section will include model Pilgrim figures, hammocks, storage, stove etc. The model will form the centrepiece of a Mayflower exhibition with display boards and descriptive interactive screens, in the new Dartmouth Museum Mayflower Exhibition Room. 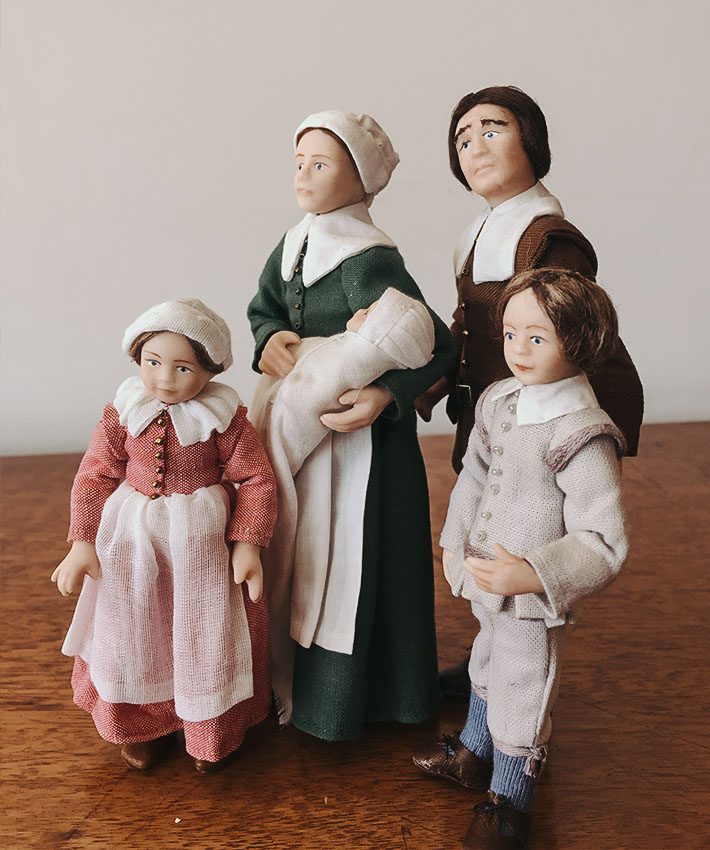 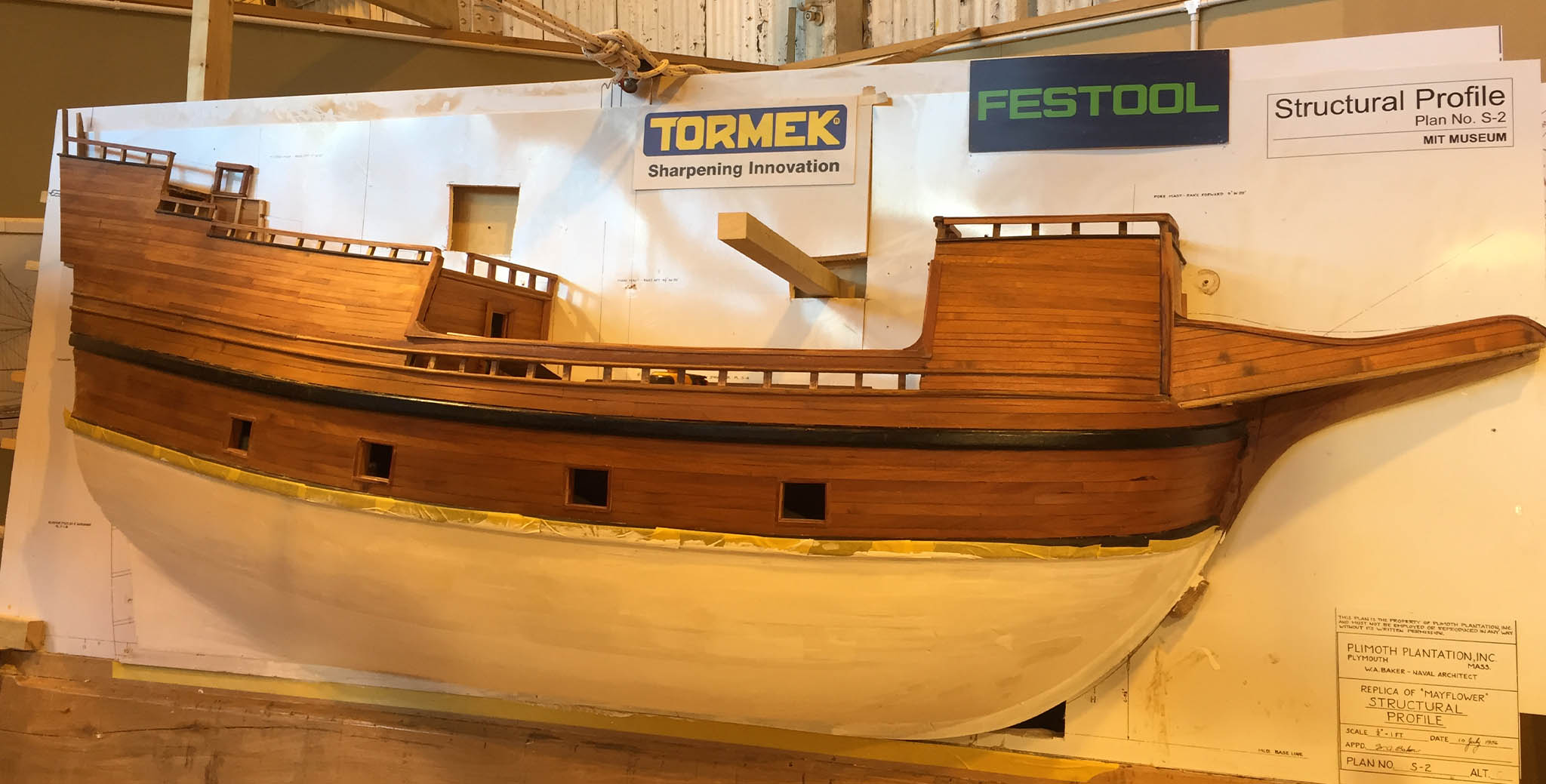 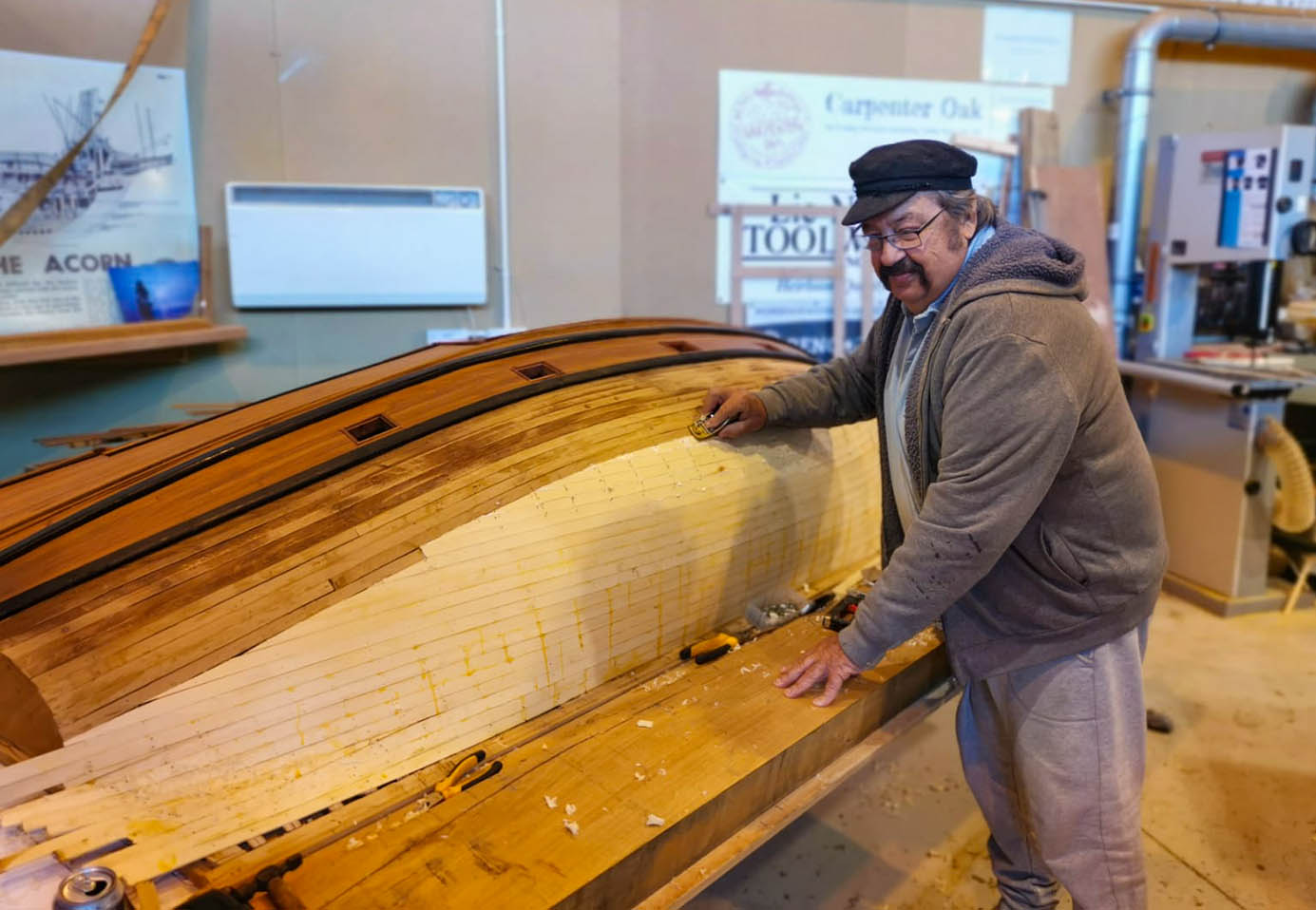 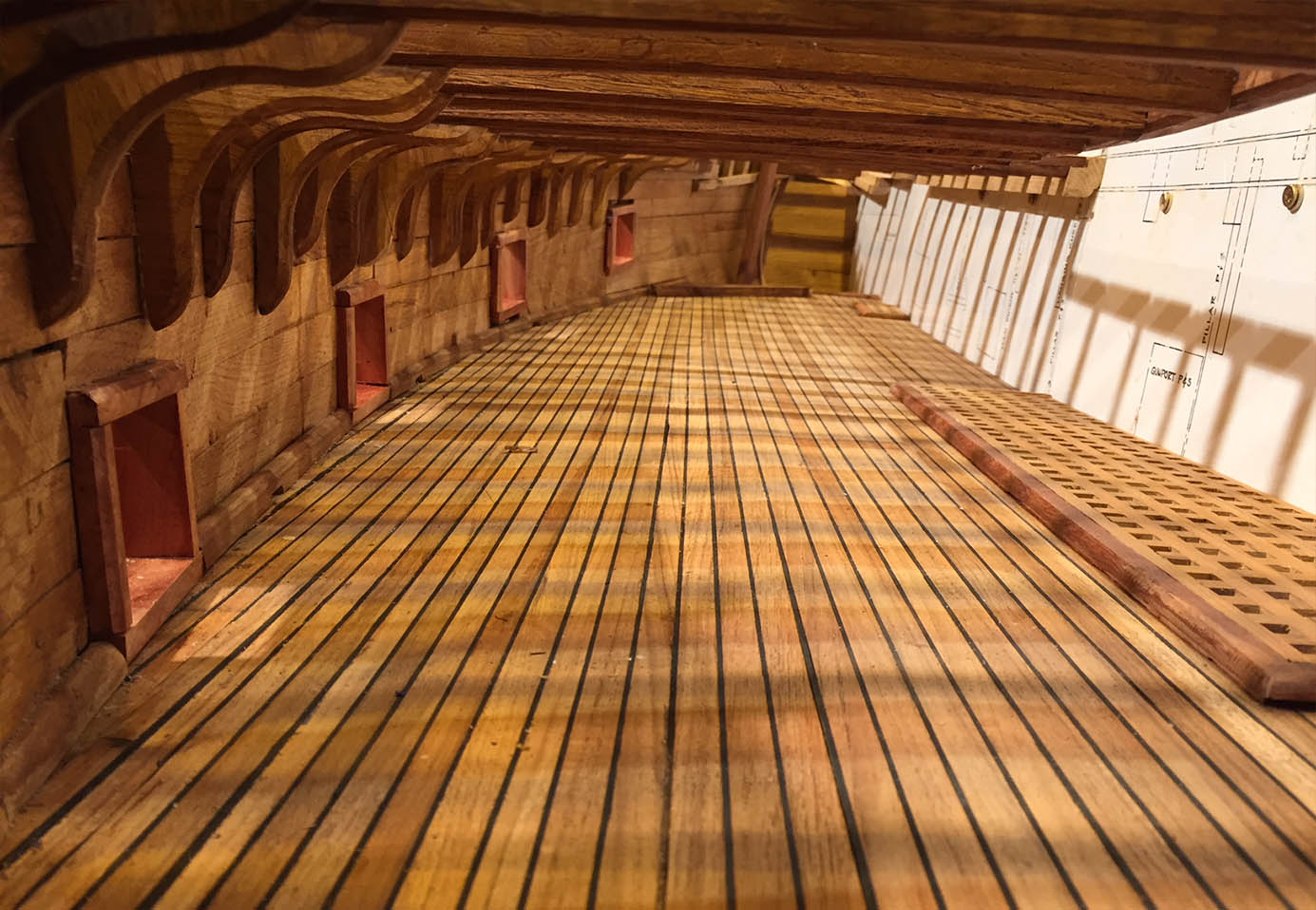 In the autumn of 2020, Dartmouth Museum is planning to open their Mayflower Exhibition Room, with the model of the ship being the centrepiece.

The exhibit has been designed to deliver a rich immersive experience for visitors, where they will be greeted with a full surround sound experience of life at sea and a visual story told on a large screen of the Mayflower story and the Separatists plight to discover the New World, making the epic journey aboard the Mayflower.