Exploring on foot in and around Dartmouth is one of the most rewarding experiences.

The choices of walks in and around Dartmouth are varied, providing you with some of the most picturesque scenery in the South West.

Dartmouth’s Mayflower Heritage Trail tells a local story of the town’s relationship with the voyage undertaken by the Pilgrim Fathers. The Town Trail paints a picture of 17th Century Dartmouth, as it was when the Pilgrims sailed into the harbour in August 1620. Dartmouth’s Trail is linked to the National Mayflower Trail that charts the story of the Pilgrims from their birthplaces to their settlement in the New World.

This historic walk begins at the Visitor Centre then visits the following areas: The Quay and Fairfax Place, The Butterwalk, The Old Market, Brown’s Hill Steps, Foss Street, St.Saviour’s Church, Smith Street and Higher Street, Chapel Lane, Bayard’s Cove Inn, Bayard’s Cove, the South and North Embankments​ and Coronation Park. The Emankment and Coronation Park. The visitor centre has a leaflet with a map for this Heritage Trail.

Follow the ​trail ​from Bayard’s Cove to Dartmouth Castle to discover more about Dartmouth in 1620. This ​trail​ visits the following areas: Bayard’s Cove, ​top ​of Castle Steps in Southtown, The ​viewpoint across to Kingswear at Southtown, Gramercy Tower, Southtown, Paradise Point, Warfleet, Warfleet Beach, Gunfield House, St.Petrox Church and Dartmouth Castle. The visitor centre has a leaflet with a map for this Heritage Trail.

A short climb above Dartmouth Castle lies, Gallants Bower – a medieval fort built during the English Civil War, (1642-1651) with stunning views of the countryside, river and out to sea. In May the whole area is transformed into a carpet of blue as the Bluebells dominate the landscape.

Enjoy a scenic walk to Dartmouth Castle at the mouth of the beautiful river Dart. Nestled alongside Dartmouth Castle is St. Petrox Church which first appeared in the history books in 1192 and today is a favoured place of worship and weddings. Whilst visiting Dartmouth Castle why not climb the hill above and enjoy the amazing view on Gallants Bower.

A perfect day out for active families offering glorious views of the river Dart along ancient lanes, water meadow marshland and quiet woods. The Dart Valley Trail, on the other hand, is a walking route from Dartmouth to Totnes of approximately 9 miles​ ​(14.5 km).

This iconic lighthouse originally built in 1836 is situated on one of the most exposed peninsulas on the English ​coast​,​ situated​ on the south side of Start Bay between Kingsbridge and Dartmouth. Parking is available at the top of a mile long access path down to the lighthouse. On the walk down there are stunning​ views ​out to ​the east,​ ​looking​ across Start Bay towards Dartmouth. Travelling by car from Dartmouth, follow the ​A379​ coast road to Torcross and then head inland towards Kingsbridge. After less than 2 miles when you arrive at the​ roundabout at Carehouse Cross, Stokenchurch,​ turn left and follow the signs to Start Point. 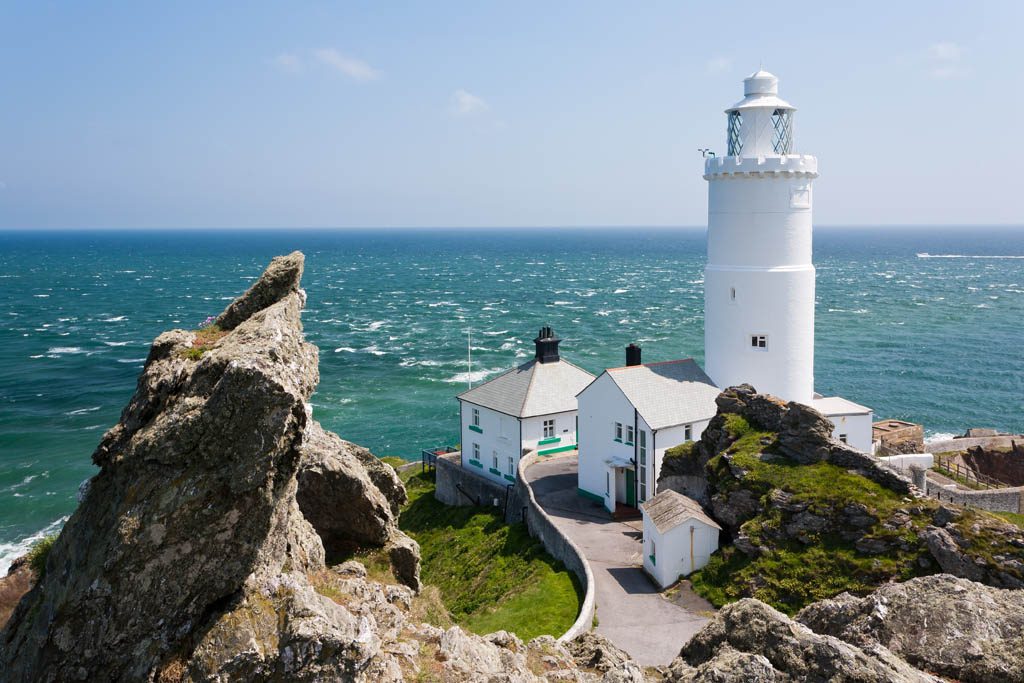 The South West Coast Path runs through an area of outstanding national beauty (AONB) and the walk to Torcross from Dartmouth is 10.3 miles and considered challenging, but it is blessed by some truly stunning scenery. You can enjoy this walk by joining it in either direction at convenient points at Little Dartmouth, Strete and Strete Gate Beach.

Created to commemorate the 60th anniversary in 2012 of Her Majesty Queen Elizabeth II’s accession to the throne. ​This 3.7miles ( 6 km) ​way-marked circular walk, in the shape of a diamond, takes you through some of the most glorious coastal countryside in the West Country. A short guide and map are available in the Visitor Centre.

You can start this fabulous walk from Dartmouth and proceed towards the ​castle​ and then up Weeke Hill, turning left at the crossroads at the top of the hill. If you prefer something a little easier, why not drive to​ the National Trust​ car park at the entrance to Little Dartmouth public footpath. There you can walk down and enjoy the cliff top views.

Slapton Ley is the largest natural freshwater lake in the South West of England and is a sanctuary for many species of wildlife and birds. Walking around the Ley is a peaceful and tranquil experience and car parking is available at the War Memorial car park, which is pay and display.

This website uses cookies to improve your experience while you navigate through the website. Out of these, the cookies that are categorized as necessary are stored on your browser as they are essential for the working of basic functionalities of the website. We also use third-party cookies that help us analyze and understand how you use this website. These cookies will be stored in your browser only with your consent. You also have the option to opt-out of these cookies. But opting out of some of these cookies may affect your browsing experience.
Necessary Always Enabled
Necessary cookies are absolutely essential for the website to function properly. These cookies ensure basic functionalities and security features of the website, anonymously.
Functional
Functional cookies help to perform certain functionalities like sharing the content of the website on social media platforms, collect feedbacks, and other third-party features.
Performance
Performance cookies are used to understand and analyze the key performance indexes of the website which helps in delivering a better user experience for the visitors.
Analytics
Analytical cookies are used to understand how visitors interact with the website. These cookies help provide information on metrics the number of visitors, bounce rate, traffic source, etc.
Advertisement
Advertisement cookies are used to provide visitors with relevant ads and marketing campaigns. These cookies track visitors across websites and collect information to provide customized ads.
Others
Other uncategorized cookies are those that are being analyzed and have not been classified into a category as yet.
SAVE & ACCEPT
Powered by